Italian financial markets sold off on Thursday as Prime Minister Mario Draghi’s resigned, bringing an end to a national unity government seen to have had a rare opportunity to bring stability and unlock the nation’s economic potential.

The yield on Rome’s 10-year government bond jumped to 3.63 per cent after Draghi lost the support of members of his national unity coalition in a confidence vote on Wednesday night. Bond yields rise as their prices fall.

The moves on Thursday took the gap between Italian and German benchmark 10-year yields — a closely watched gauge of market stress — to 2.33 percentage points.

The FTSE gauge of Italian stocks slid 2% in early trading. The country’s largest banks, which are big holders of Italian debt, led the declines, with Intesa Sanpaolo and UniCredit down about 5% and 7% respectively. 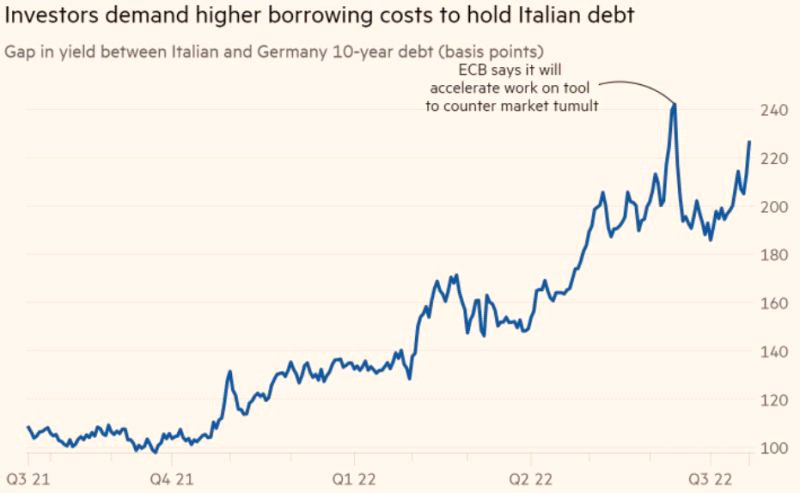